Since our Founder, Sister Pauline OP passed away in March 2020

our focus is on maintaining the Legacy programs that

Sr. Pauline dedicated her life to. 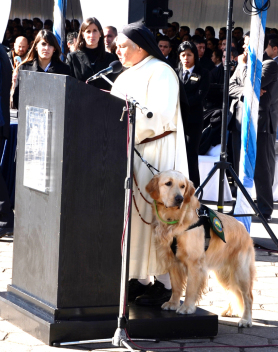 Sister Pauline Quinn, started the prison dog program concept at the Washington State Correctional Center for Women in 1981. The Prison Pet Partnership Program was difficult to start since there were no other programs out there to compare with.

Sr. Pauline was traumatized as a young child for a long period of time. As a juvenile she was institutionalized in the early 1950s for running away from abuse. Children had no voice during those years and it was difficult to find adults willing to listen to them or even speak about abuse. She became a victim of the times. During these long, painful years for Sr. Pauline, she saw many abused, traumatized people in institutions who felt there was no hope for them, no purpose for their lives and they were trapped in their sorrows.

Years before Sr. Pauline took her vows as a Dominican Sister, a dog named Joni helped her feel safe and gave her a sense of hope even though she didn’t know her future. She wanted to help people who felt that there was no hope for them, just like the dog did for her. She wanted to help those she left behind.

Sr. Pauline stayed only a year at the Prison Pet Partnership program. She was finding her way after years of isolation and needed to search more for the direction her life was going to take. The prison program continued on growing and strengthening after Sister left the program.

In the early 80's Sr. Pauline went to Italy feeling called to service God but wasn’t sure how she was going to do it yet. At first she helped refugees staying at a Salvation Army house in Rome. While there she never forgot the prison dog program. It was so much a part of her life that she continued to promote the prison program while in Europe by giving talks at conferences in Italy, France, Scotland and England, wanting the researchers in the animal/human bond to learn what Sr. Pauline discovered in helping inmates find hope so they could turn their lives around. Sister came back to the United States, studied to become a Dominican, at the same time promoting the prison program back in the United States contacting other prisons around the United States to see if they would be interested in starting a program. After she took her vows at the Convent of the Dominican Sisters of Bethany, she returned to Italy where she began helping refugees who'd fled Africa, finding permanent homes for many in Canada and the United States. When the Sisters of Bethany went back to France, Sr. Pauline took her vows under Bishop Raul Vera Lopez op, then co Bishop of Chiapas, Mexico.

Sr. Pauline was beginning to understand her calling in life, teaching people to become ‘other’ centered, finding purpose for their suffering by helping others. She has helped to start prison dog programs all over the United States, from Maine to California, from Florida to Wisconsin. She continues to give talks about the programs where ever she travels.

Sr. Pauline seeks always to help the most difficult cases. Among other triumphs:

-- She found a loving home in the U.S. for a little Croatian boy who had no arms or legs, brought five El Salvador children up for medical attention, brought two men who were wounded in the Bosnian war to Green Bay Hospitals to help them recover from their wounds. Sr. Pauline brought another orphan out of Croatia who had been classified as retarded, finding her a wonderful family who would love and care for her in the United States. She helped over one hundred and fifty refugees who were stranded in Italy mostly from Africa into Canada and several to the United States, going personally to Canada to find people who would sponsor them.

-- She arranged to get a paralyzed young teenager who was shot through an underground tunnel out of Sarajevo. -- She battled with officials along the way, and, with no financial backing, arranged airline transportation to the U.S. taking the wounded child and his father who was also hurt to Split Croatia then flew them into Italy where the child waited in a hospital there before being flown to the United States. Then she went back and got the rest of his family so they could support him.

-- When she heard that mentally retarded children were struggling to put on their gas masks during the Gulf War, she boarded a plane for Israel where she endured the fear of the bombs that were coming whenever she heard the sirens screaming across Israel. She also brought a teenage orphan out of Haiti to the United States who had been badly burned.

We all need love, kindness and understanding. We need to help people reach their potential by pouring out love, not judgments; this is what makes people heal. Nobody is perfect in this life, but we can try to be better and be a part of a chain reaction for good. I believe that prisoners who learn to train dogs for pets or for people with disabilities will change when they become other centered, which helps them find meaning to their own pain."

There have been many people who have helped to make a difference in the lives of others.  To them I send my greatest thank you for all you have done to help Bridges and Pathways of Courage.  We would not have succeeded if it wasn’t for the hundreds of people who have offered their help in so many different ways. 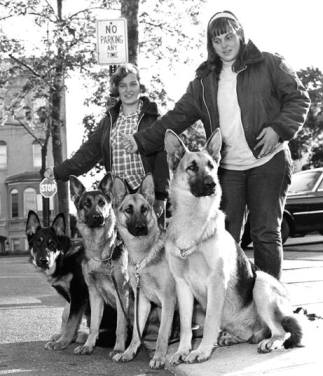 Sister Pauline with a few friends 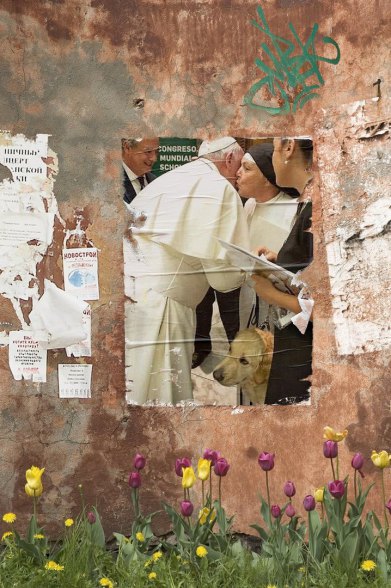 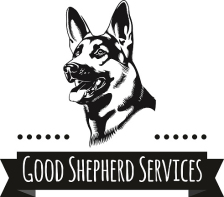